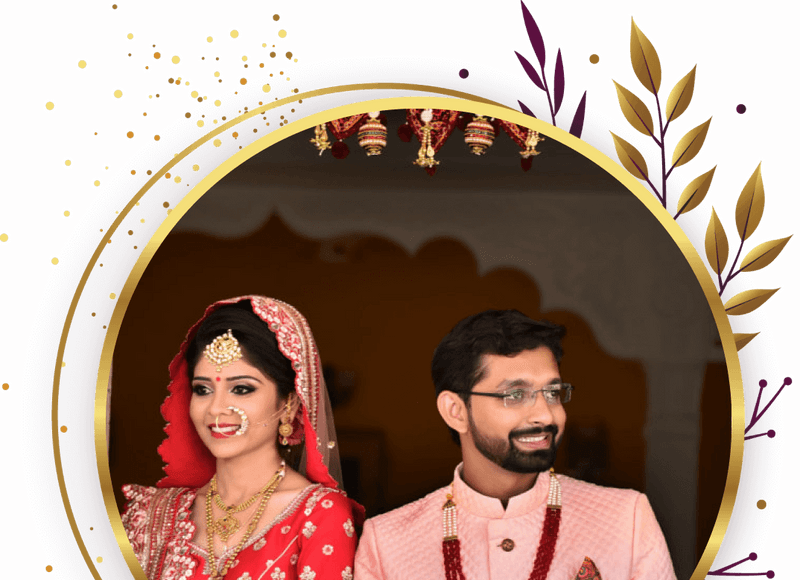 Weddings are full of surprises and fun-filled experiences. However, India is a country of diversity, and every particular caste, religion, state, etc has differences in its rituals and traditions. But none of them are any less exciting and unique in themselves. Obviously, Patel matrimonial celebrations are no exception to this.

The name Patel was derived from Patlikh or the record keeper appointed by the princely rulers to keep track of the crops in their land. They usually belong to Gujarat and like every other festival, these people are known to celebrate the Patel matrimonial rituals like a festival. Starting it right from Ganesh puja to the Bidai of the Patel bride, the events are all full of happiness and color. Wish to know more about them? Well, keep reading to find out all about the spectacular culture and traditions of Patel matrimonial wedding.

The famous Chandlo Maatli is the official acceptance of the alliance between the Patel bride and groom by their families. Obviously, it is a pre-wedding celebration where the bride’s father with four other male members of the family visits the groom’s house. They later apply Tilak on his forehead and present some gifts, attire, and money to the groom as a blessing. Also, the final date of the marriage is decided after talking to the astrologer on the same day.

Every big celebration and the good thing starts with Ganesh Pujan in most Indian households. The same happens before the start of Patel matrimonial celebrations. A Ganesh Puja is observed by the couple’s family members and both the couples and their respective families are present on the occasion to seek the blessings of lord Ganesha for the happy beginning and peaceful end of the wedding celebrations.

Mandap Muhurat is one of the crucial Patel matrimonial rituals. Here the parents of both the bride and the groom are present and seek the blessings of mother Earth. Thereafter, they dig the earth for Mandap while the priest is chanting Mantra to complete the ceremony. However, the parents dug the earth just to complete the formality. The rest of the mandap is erected by professionals.

Pithi is more likely the Haldi ceremony observed in most of households at Indian weddings. The paste of sandalwood powder, turmeric, herbs, aromatic oils, and rose water is prepared for the bride and the groom separately. This paste is called Pithi and is applied to the face, arms, and legs of the couples by the ladies of the family.

Also, a short ceremony is performed by Kaaki (paternal aunt) called  ‘ookarhi nautarvi’. In this ceremony, she keeps an iron nail, betel nut, and an Indian one-rupee coin in a shallow hole dug by the priest to ban the entry of evil spirits into the wedding venue.

Mehendi is the same as it is celebrated in every other culture in Indian matrimony. A professional Mehendi designer to called to apply intricate Henna designs on the hands and legs of the bride. Later, the rest of the women in the family also apply Mehendi on their palms to enjoy the ritual.

Garba and Dandia are traditional dance forms in Gujaratis. It is common for Gujaratis to celebrate any happy occasion or festival by doing the Garba or Dandia Raas. So, on Mehendi night, they do the same dance in a circle and a graceful Dandia to celebrate the happy occasion.

Grah Shanti is one of the most imperative rituals in Patel matrimony weddings. This ritual is observed on the same day as the wedding. The parents of couples pray to their deities and seek blessings of their children’s happy life after the wedding. Also, the Patel bride takes the coconut to her parents and sits alongside her parents while handling the coconut. Later, her parents put the coconut into the holy fire and ensure peace and harmony between all the eight planets. The same ceremony is also taking place at the groom’s place.

The maternal uncle (mama) of the bride and the groom have a crucial role in Mosaalu. The bride’s mama has to gift clothes, jewelry, and other gift items including the traditional ‘paanetar’ (silk wedding sari – usually white with a red border) and ‘choodo’ (ivory bangle – now replaced with acrylic or plastic). Likewise, the groom’s mama also showers him with clothes, money, jewelry, etc.

Varghodo is the same as the Baraat of the groom in Patel matrimonial tradition. In this ceremony, the groom’s possession leaves the house for the wedding venue in a decorated car. The groom is then greeted by the bride’s family on arrival. Meanwhile, the groom also carries a small dagger (Kataar) that the priest gives his sister a small bowl covered in cloth and containing coins with the Hindu Swastika on them. She then uses the Katar to remove all the evil eyes on her brother. Later, His father’s sister-in-law puts a garland on him and gives him a bunch of flowers.

The ritual is symbolic of the grand welcome of the groom at the bride’s place. This Patel matrimonial celebration is observed by the mother of the bride where she applies Tilak on the groom’s forehead as a welcoming gesture. Also, she keeps two clay pots in front of the groom and he has to break them both before entering the Mandap.

Varmaala and Kanyadaan are the final Patel matrimony ritual. The bride with Mangalsutra tied around her neck walks to the Mandap accompanied by her maternal uncle. The priest then put teeka on both the bride’s and groom’s foreheads and starts the rest of the ceremony.

Later, the bride’s parents apply Tika on both bride’s and the groom’s forehead and start the Kanyadaan ritual. This is done by tying the hands of the bride and groom together in a marital knot known as the ‘hashta melap’. The father of the Patel bride takes her right hand and places it on the groom’s right hand. With this he takes the promise from the groom like “I offer you this most precious gift of my daughter to take as your own, to cherish and to protect”.

So, these are some of the rituals and traditions in Patel matrimonial traditions. However, the couples further go for Mangal Pheras where their take the seven vows as a married couple. Afterward, Bidai and reception is observed to welcome the new bride at the groom’s place.