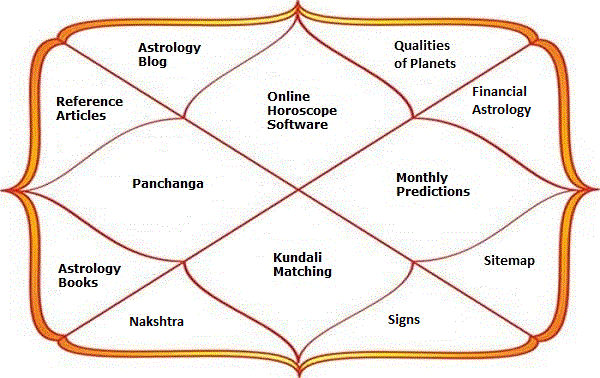 In Vedic Astrology, Kundali matching plays an important role in deciding the fate of the couple for their marital bliss. Kundali matching for marriage is the way to check the birth charts of the prospective couple together. It checks their compatibility according to the planetary positions in their Kundalis.

The matching of Kundali is an important aspect of Hindu marriages. It is considered that the couple will lead a happy married life on the matching of their Kundalis. When the Kundali of the prospects does not match, an expert Astrologer suggests the ways to eliminate the problems or Doshas or may suggest that the marriage of the prospects should not take place.

Ashtakoot Milan is a way of Kundli matching in Astrology. The birth charts of the two prospects are checked on set compatibility factors to ascertain a score of 18 or more for the marriage to take place.

What is Ashtakoot Milan?

There are eight categories under which the Kundalis of the two prospects are matched. Each of these categories are given points by matching their horoscopes. The points are called Gunas and are totalled in the end. The total of Gunas should be minimum 18 for the marriage to take place and the maximum of Gunas can be 36 points. The marriage between the two individuals is not suggested if the Gunas fall under 18 points. The following are the eight categories in Ashtakoota Milan:

Varna is related to the Jati in which the individuals are born in, like the 4 Varnas in the ancient times, Brahman, Kshatriya, Vaishya, and Shudra. The Varna of the male should be at least one point higher than the female for the compatibility of the two individuals.

Vashya relates to the dominance of one partner over another. It sees who will dominate whom. It has five categories, namely Manushya (humans), Keet (insects), Jalchar (water animals), Vanchar (wild animals), and Chatushpad (small animals). The score for both belonging to the same category is 2 and 0 when they belong to different categories. The combination of each category fetches 1 point except for Manushya and Jalchar, which is given half a point.

Tara is related to stars in Astrology. There are 27 stars under which a person can be born. This reflects the health, understanding, and success of marriage of the couple. The star of the boy is counted from the girl and divided by 9. The same is calculated for the girl by counting her stars from the boy and dividing by 9. The resulting even numbers fetch 3 points and 0 for the resulting odd numbers. When the resulting numbers are the combination of odd and even numbers, 1.5 points are allotted.

Yoni is divided into 14 categories based on the animals, namely Cat, Dog, Rat, Buffalo, Cow, Sheep, Monkey, Deer, Snake, Mongoose, Tiger, Lion, and Elephant. Yoni reflects intimacy between the couple. When the Yoni of the boy and girl fall into the enemy category, 0 points are allotted in this category. 1 point is assigned when the Yonis fall into non-friendly animals category, 2 points for neutral animals category, 3 for friendly animals, and 4 points for the same animal category.

Rasyadhipati calculates the compatibility of the Zodiac Lords. The friendly lords of zodiacs fetch 5 points and enemy zodiac Lords fetch 0 points. For neutral and friendly zodiac lords, 1 point is allotted.

Ashtakoot Milan is one perspective of Kundli matching for marriage. The birth charts of the two should be individually analyzed to see the placement of planets and their influences on the lives of the natives. The Doshas, flaws, and auspicious and inauspicious Yogas in the Kundali of the boy and the girl should be checked. Chat with an expert Astrologer to get the complete insight on Kundali matching and find your soulmate.

In addition to Ashtakoot Milan, an expert Astrologer carries out other matches like Vedha Koota, Mahendra Koota, Raju Koota, and Deergha Koota.

Kundli matching helps in eliminating the chances of failed marriages. It studies the compatibilities and Doshas in the Kundalis of the prospective bride and groom and helps in figuring out the solutions for the same. Vedic Astrology helps to understand if the marriage between two people would be successful or not or if the couple would lead a happy married life. Kundali matching is the right way towards knowing if the marriage between the two people should take place or not for marital bliss.